Choosing a programming language as a beginner can be a very tedious and confusing. Most people end up starting and drop a whole variety of languages just because of what might be popular as that point.

Whether you want to develop a mobile application, get certification for programming knowledge, or learn new skills, you need to learn the right programming language. Below you’ll learn about 3 best programming languages that will be in demand among employers in 2022. You’ll find out about each language, and how it is used.

Often abbreviated JS, JavaScript is a programming language that is one of the core technologies of the World Wide Web, alongside HTML and CSS Over 97% of websites use JavaScript on the client side for web page behavior. All major web browsers have a dedicated JavaScript engine to execute the code on users' devices.

JavaScript is everywhere, and for the seventh year in a row, it has been ranked the most commonly used programming language, with 67.8% of developers employing it in 2019. Its ascent to the world’s most popular programming language is synonymous with the rise of the internet itself.

Created out of necessity, it is used to build 95.2% (1.52 billion) of websites today, including some of the world’s largest, like Facebook and YouTube. Without it, we would not have popular and useful web apps such as Google Maps and eBay.

So, without further ado, let’s take a look at what JavaScript is,  how and why it was created, and what’s next for the language.

According to mozilla.org, JavaScript is a programming language that adds interactivity to your website. This happens in games, in the behavior of responses when buttons are pressed or with data entry on forms; with dynamic styling; with animation, etc. This article helps you get started with JavaScript and furthers your understanding of what is possible.

As day-by-day there is a continuous improvement in the browsers, so JavaScript gained popularity for making robust web applications. We can understand it by taking the example of Google Maps. In Maps user just requires to click and drag the mouse; the details are visible just by a click. There is a use of JavaScript behind these concepts.

JavaScript is commonly used for creating web pages. It allows us to add dynamic behavior to the webpage and add special effects to the webpage. On websites, it is mainly used for validation purposes. JavaScript helps us to execute complex actions and also enables the interaction of websites with visitors. Using JavaScript, it is also possible to load the content in a document without reloading the webpage.

JavaScript is also used for creating games. It has various libraries and frameworks for creating a game. The game can either be a 2D or 3D. Some JavaScript game engines such as PhysicsJS, Pixi.js help us to create a web game. We can also use the WebGL (web graphics library), which is the JavaScript API to render 2D and 3D images on browsers.

JavaScript also helps us to create presentations as a website. The libraries, such as RevealJs, and BespokeJs, can be used to create a web-based slide deck. They are easier to use, so we can easily make something amazing in a short time.

The Reveal.js is used to create interactive and beautiful slide decks with the help of HTML. These presentations work great with mobile devices and tablets. It also supports all of the CSS color formats. The BespokeJS includes animated bullet lists, responsive scaling, and a wide variety of features.

A large number of web applications have a server-side to them. JavaScript is used to generate content and handle HTTP requests. JavaScript can also run on servers through Node.js. The Node.js provides an environment containing the necessary tools required for JavaScript to run on servers.

A web server can be created by using Node.js. Node.js is event-driven and not waits for the response of the previous call. The servers created using Node.js are fast and don't use buffering and transfer chunks of data. The HTTP module can be used to create the server by using the createServer() method. This method executes when someone tries to access the port 8080. As a response, the HTTP server should display HTML and should be included in the HTTP header.

In this article, we discussed various JavaScript applications. JavaScript has various other uses that help us to improve the performance of webpages. The other uses of JavaScript are listed as follows:

Python is an interpreted, high-level, general-purpose programming language that emphasizes code readability. It’s a dynamically typed and garbage-collected language that supports structured, object-oriented, and functional programming. It’s often described as a "batteries included" language due to its comprehensive standard library. In this path you will learn the basics of Python and more advanced topics such as object-oriented design and code organization.

Python was conceived in the late 1980s by Guido van Rossum at Centrum Wiskunde & Informatica (CWI) in the Netherlands as a successor to the ABC programming language, which was inspired by SETL, capable of exception handling and interfacing with the Amoeba operating system. Its implementation began in December 1989. Van Rossum shouldered sole responsibility for the project, as the lead developer, until 12 July 2018, when he announced his "permanent vacation" from his responsibilities as Python's "benevolent dictator for life", a title the Python community bestowed upon him to reflect his long-term commitment as the project's chief decision-maker. In January 2019, active Python core developers elected a five-member "Steering Council" to lead the project.

Python is commonly used for developing websites and software, task automation, data analysis, and data visualization. Since it’s relatively easy to learn, Python has been adopted by many non-programmers such as accountants and scientists, for a variety of everyday tasks, like organizing finances.

“Writing programs is a very creative and rewarding activity,” says University of Michigan and Coursera instructor Charles R Severance in his book Python for Everybody. “You can write programs for many reasons, ranging from making your living to solving a difficult data analysis problem to having fun to helping someone else solve a problem.”

Java is a high-level programming language originally developed by Sun Microsystems and released in 1995. Java runs on a variety of platforms, such as Windows, Mac OS, and the various versions of UNIX. This tutorial gives a complete understanding of Java. This reference will take you through simple and practical approaches while learning Java Programming language.

The latest release of the Java Standard Edition is Java SE 8. With the advancement of Java and its widespread popularity, multiple configurations were built to suit various types of platforms. For example: J2EE for Enterprise Applications, J2ME for Mobile Applications.

The new J2 versions were renamed as Java SE, Java EE, and Java ME respectively. Java is guaranteed to be Write Once, Run Anywhere

Java is a MUST for students and working professionals to become a great Software Engineer specially when they are working in Software Development Domain. I will list down some of the key advantages of learning Java Programming:

This languages will give you a basic knowledge on how to program and start building applications. 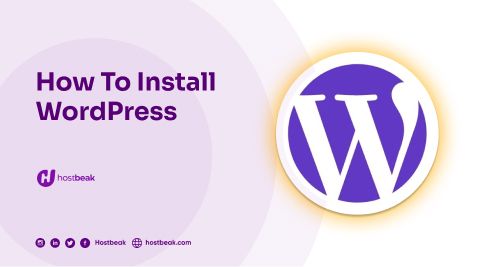